Recently me and a few of my colleagues from ScalaC worked on an integration project which aim was to provide an interface between a machine learning engine and its clients via a Spray-based HTTP server and (internally) a persistence layer. As our work meant to be just a part of a larger system we did not have much say in how the data should be persisted or where – MySQL in this case. It was however up to us to decide how we would access the data.

Having had a lot of positive experience with Typesafe’s technologies we immediately turned to Slick. It’s also worth mentioning that one of the expectations was to achieve a reasonable request rate with minimal scaling as our client was a startup with limited funds.

I’m about to present a couple of issues we ran into. Although they look bad, they are not meant to put you off altogether, rather they are caveats that should be considered before fully comitting to Slick. Your interactions with database (or performance expectations) may be different and you may never run into these kinds of problems. Also these issues relate mostly to MySQL, see the note about PostgreSQL close to the end.

As a running example let’s consider 4 tables which have similar relations as the ones we dealt with in the project:

What you see above is an example of Slick’s Lifted Embedding which is a DSL for producing queries in a type safe manner. The classes defined here represent the database tables and their columns and they enable constructing queries using for comprehensions and other methods familiar from working with Scala collections.

More on that here http://slick.typesafe.com/doc/2.1.0/schemas.html. Slick also provides a way of writing queries in a Plain SQL mode which will turn out very useful as we’ll see later.

As you can see all those tables are related and in fact all our queries required joining 2 or more tables.

Join the Dark Side

Let’s try to see who bought what from whom and for how much. Joining all 4 tables is not rocket science and in SQL it would look something like:

Having defined TableQuery objects like so: val sales = TableQuery[Sale], we can construct the analogous query in Slick:

The nested tuples in the matched pattern look a bit fishy, but aside from that the code is consice, readable, well typed and it works:

But how exactly does it work? One thing I really like about Slick is the amount of information it gives about its performance if you let it log in DEBUG mode (the default). You can also call selectStatement on the query to reveal the true nature of Slick’s SQL generator:

Pure evil. Counting the selects and figuring out the nesting is left as an exercise to the reader.

How fast can this thing go?

Given that the generated code looks like some kind of SQL assembly, maybe it’s faster than we think? To verify, I wrote a very simple performance test, you can find it (and all the accompanying code, btw.) in our github repo. Have a look if you’re interested in the details of the test data or its volume. All that really matters is that test runs the query defined above and its Plain SQL equivalent 100 times on exactly the same data and it prints the respective times taken:

This issue is well known to Slick developers, you can find more info about it here.

If you look closely at the salesQuery above you can see that it was Compiled. This step is optional but it’s crucial to have if you’re writing a performant application. Query compilation is a very expensive process and all details of it are logged as DEBUG messages, the most important one being:

That’s just the time taken to prepare the SQL statement – no interaction with the RDBS at this point. Obviously we cannot afford to repeat this process for every db interaction and Compiled remedies that.

However, there are cases where you cannot compile a query. One notable example is the IN operator. Consider this query:

and its implementation in Slick:

A query to be compiled has to be a function of arguments of type Column, but unlike for scalar types, there is no conversion from a collection type to a Column. This issue is described in more detail here

This simple query took about 20 ms on average to compile, but that can still be a lot for a high troughput application, and the IN operator can be a part of a more elaborate query like the one with the joins (as was the case in our project). The only solution then is to go with Plain SQL.

If you can count – count on yourself

Even seemingly trivial queries can befuddle the SQL generator. Let’s count rows in a table:

This innocent looking query surprisingly performs a full table scan and might hide from an unaware eye as a silent performance killer:

This issue is raised here.

The issues presented here led us to give up on Lifted Embedding altogether and go with Plain SQL. I was happy with this outcome. Any paradigm changing abstractions over relational databases seem like a bad idea to me, even if they try to mimic something as familiar and enjoyable as Scala collection API.

There are multiple reasons to prefer the good old SQL:

Fortunately Slick provides convenient methods of writing SQL queries. Parameteres to queries can be provided in 3 different ways including string interpolation and it’s straight-forward to convert the results to tuples or case classes. Details here: http://slick.typesafe.com/doc/2.1.0/sql.html.

If you investigate the issues on github you can see that people report them mostly against MySQL, so perhaps switching to another RDBMS would solve our problems. To verify, I modified the code a bit to run with PostgreSQL (to be found in branch postgres). The first look at the results is not promising:

With minor exceptions this is practically the same query as for MySQL. How can it perform?

Wow! The difference is staggering. The most reasonable explanation lies in Postgres’s advanced query optimizer. You can read about the details http://www.postgresql.org/docs/9.4/static/geqo.html.

Still, there seems to be no way to circumvent the IN clause compilation problem.

Bring it to the table

It certainly wouldn’t be fair only to focus on the drawbacks of Slick as the DSL it introduces (which is a rather new concept often refferred to as Functional Relation Mapping) is certainly appealing to the fans of functional and statically typed programming.

But tastes aside, probably the most important consequence is the short learning curve, and thus easy adoption into your software project as the methods of operating on tables look familiar even to beginners in Scala.

Another thing to look out for is the upcoming release of Slick 3.0 which promises to take relational databases into the reactive world, which is another novelty amongst competing frameworks. Surely Slick developers know how to keep with the current trends.

So if I haven’t scared you enough with the issues presented here, at the very least you might consider Slick’s DSL as a fast and convenient prototyping tool, gradually falling back to Plain SQL mode once the bottlenecks in your application are recognized.

If however, you know beforehand that you will need to squeeze the best out of a RDBMS you might be better of with frameworks like Anorm or ScalikeJDBC which aim to operate on databases in the fashion they were designed to (doesn’t that sound like a good idea?)

Again, the code accompanying this blog post can be found in our github repo.

I am a quality-oriented hacker, developing in Scala since 2013 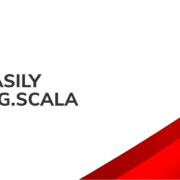 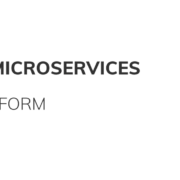